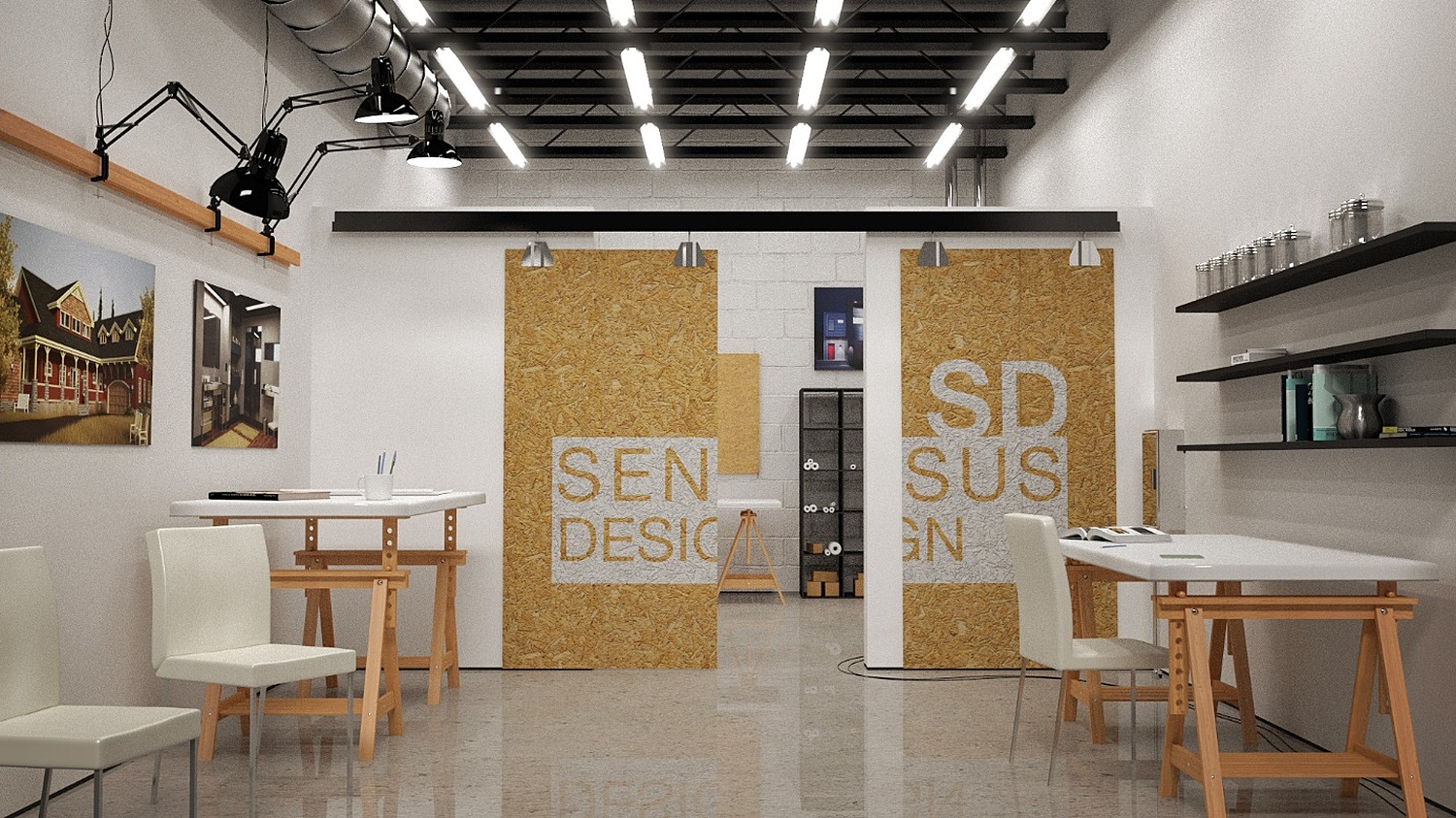 The Future of Architectual Rendering: An Essay

It is generally accepted that modern computer graphics can effectively emulate genuine photography, and reliably fool the human eye. In fact, given the decades of anticipation that preceded it, this milestone has been crossed without much fanfare. Artist and animators may still struggle to generate perfect CG humans, but plants, animals, landscapes, and structures no longer need to exist “in the flesh” to be photographed and published.

The majority of images in the Ikea Catalogue are completely digital, and it has probably been a decade since car commercials regularly ended with an actual photograph of their product. The same is true for watches, computers, phones, and even food. The world of architectural visualisation has naturally followed suit and adopted this new approach, but only slowly and cautiously. It seems like architects have not discovered the potential that these other industries have long appreciated. 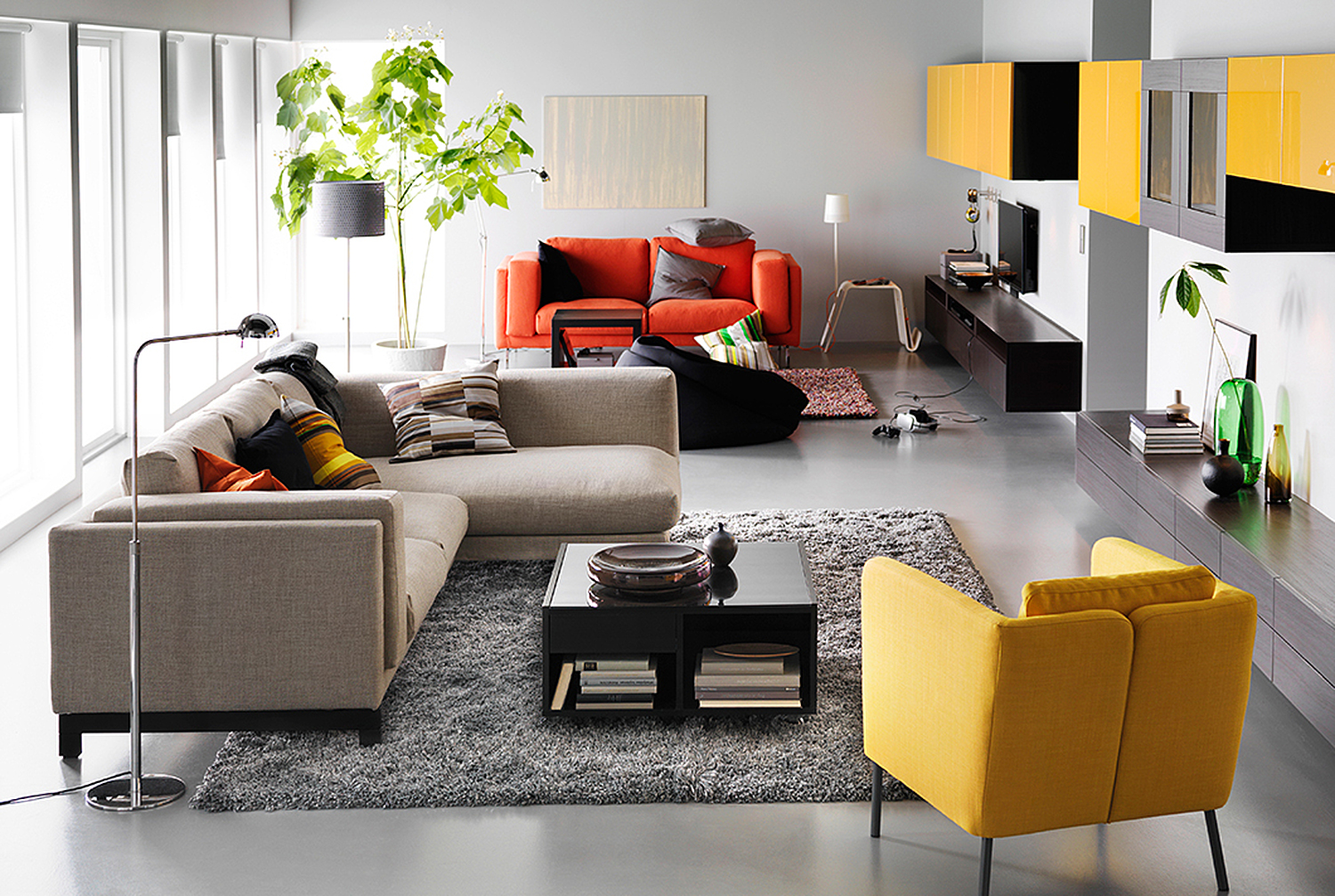 Most archiviz produced today fits into a long tradition of art renders, although the creators have abandoned traditional tools in favour of Sketch-up and Photoshop. Genuinely convincing “I can’t believe that’s not a photo!” renders are still rare, and almost never employed by real working firms for marketing or promotion. The further we stray from the world of academic architecture and top-of-the-line international firms, we begin to see even less innovation, and more small builders and developers who still market with crude 3D images, CAD elevations, and black-line floor plans.

The industry has not moved beyond the phase of gingerly experimenting with this new approach, because they generally fail to apperciate that it is more than just the latest incremental advance in 3D capability; photorealism represents a sea-change in the world of concept development. The potential offered by this relatively new field, as a marketing tool and promotional vehicle, makes it almost obligatory for firms to adopt. We will certainly be seeing a lot more of it in the near future, even though we probably won't.

For now, old habits are reluctant to die. Today’s preferred form of architectural visualisation employs a thoroughly modern approach, but it traces its origin and stylistic method back through decades of art rendering. The typical work-flow involves taking a crude render from Revit, Sketch-up, or any number of engines that work with those two programs, and putting it through an intense post-processing regimen. Glows, textures, shadows, and a bevy of 2D accoutrements are added to the scene, in order to create artworks that can be truly stunning. The results can be as psychedelically conceptual as the Archigram collages they pay homage to, or resemble a brilliantly realistic painting, like those that have been used for centuries. No one can deny that this category of art is valuable, within the field and without, and it will undoubtedly stay relevant for long time - but unfortunately, the usefulness of these images is held back in many respects by the fact that they are visibly and self-consciously artistic.

A contemporary collage by Quadrangle Architects, 2015

Art is wonderful. But, with that said, a member of the general public who wishes to buy a product will probably not settle for seeing a painting of it on craigslist; they will want a photo. We scoff at “artist’s impressions” in the same way we hesitate when we see the word “dramatization” at the bottom of our TV screen. Everyone knows that the fascinating scene in front of us has only a tenuous link to reality. It is fairly common for public meeting attendees to stand in front of a set of meticulously photoshopped charetee panels panels and whine to their companions about how “it won’t look like that in real life”. Art invites cynicism.

In the political sphere, which is unavoidably where architecture must reside, art may be somewhat out of place. Conspicuously artistic art certainly is. When speaking about property values, views, unit sales, building costs, material quality, and visual impact, a collage or misty art rendering can appear frustratingly imprecise Unfortunately, these topics are very important to developers, buyers, neighbours, politicians, contractors, and pretty much anyone else who cares about a building besides the architects themselves – and other architects, of course. If the goal is to market our product or idea to a general consumer, a captivating artwork or abstract piece may not represent the best approach. Buyers want to be reassured that the finished product will match their expectations, and a photorealistic image creates the sense of a veritable fait accompli.

With today's readily available technology, we can present our dramatizations without any disclaimer. If the render looks like a photo - even if the viewer is aware that it’s CG - it will not immediately register as something deceptive. It seems logical that if the image looks like real life, the real thing would have to look just like the render. This approach hides its artistry, and makes the methods of subtle manipulation less apparent. All the persuasive elements of a promotional image can still be applied, but with heightened credibility. Instead of thinking about how “it won’t really look like that” viewers remark “that looks real!”

Digital artists can make sunlight brighter than the sun, create any shadow arrangement imaginable, design impossibly clean or shiny surfaces, or use unobtainable materials. Beneath their surface veneer of pedantic literalism, modern renders can create a reality that is both compelling and convincing while still being fantastical. Other tricks can be borrowed from the world of architectural photography: finding that perfect angle, making the space neat and tidy, using impeccable interior design, and applying interesting focus techniques. The unique benefit is that all of this is possible without having access to a room or structure to photograph. The render can be produced before construction starts, even before the design has been drawn, and before the client has paid. 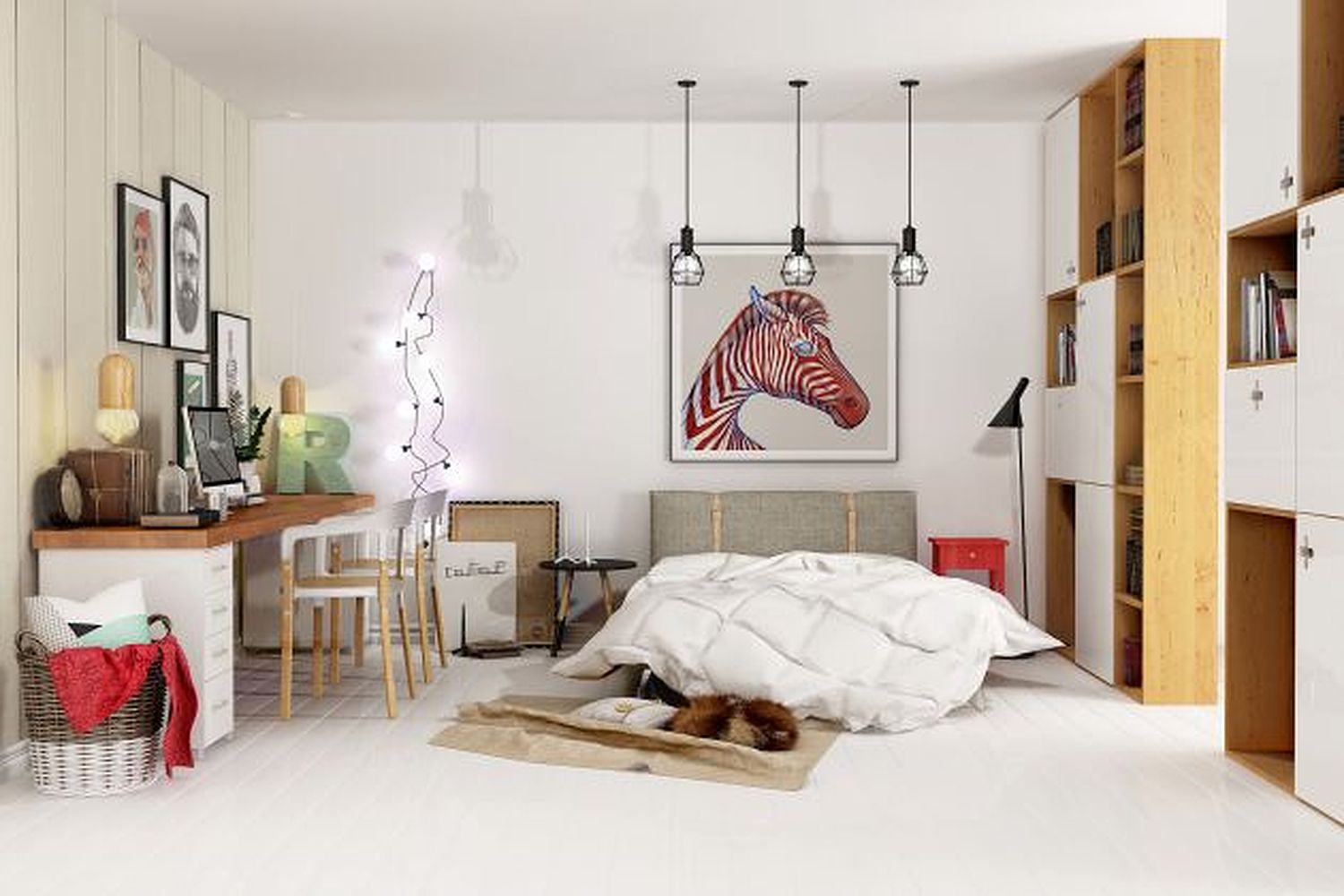 Photorealism communications frankly and universally, instead of through abstraction or evocation - appearing more trusthworthy. it offers a straightforward 'what you see is what you get' visual vernacular, which simplifies and streamlines the message, while still allowing an artist to manipulate the viewer covertly.

Photorealistic renders are more perfect than real things, and often so impeccable that artists must intentionally add flaws to make their images convincing. One of the most common criticism on CG forums is that an image needs more scratches or dust specks to look authentic. In effect, we can create a perfectly-constructed and immaculate facsimile of real life, adding only the tiny amount of imperfection needed to sell the illusion.

It can be difficult to convince anyone to change their time-honoured approach, and the construction industry is notoriously risk-averse. Furthermore, I am advising digital artists to abandon their diverse styles in favour of a pseudo-literal approach: to aim for the equivalent of an airbrushed Victoria’s Secret model, rather than Les Demoiselles d'Davignon; Telling them to create a crass but plausible ideal, rather than a piece of creative art.

To buttress my position, I can only point out that architects are not purely artists, and the Demoiselles don’t sell a whole lot of lingerie. If the archiviz field is willing to modernise, our beloved 2D entourage, coloured glows, matte overlays, and abstract backgrounds must give way to a seemingly more pedestrian set of priorities needed to make an image look real: light switches, power cords, sealant, carpet textures, and the GPU’s capacity to render realistic vegetation.

Among the general public, photorealism will be far easier to sell. At the very least, we can rely on the support of the not-insignificant demographic who immediately equate the realism of a render with its quality. Like any creative professionals, digital artists think about their craft constantly, and become immersed in the scene; internalising its lore, values, and heritage. This is a dangerous thing in the marketing field, where appeal to the out-group is far more important. Ads that marketing professionals love are not necessarily the most successful, blockbuster movies win few awards, and Archigram collages may not be the style to emulate if your goal is to visualise a place where people will want to live. Selling the product is important, and designers need to embrace the new and amazing tricks they can now employ to that end. 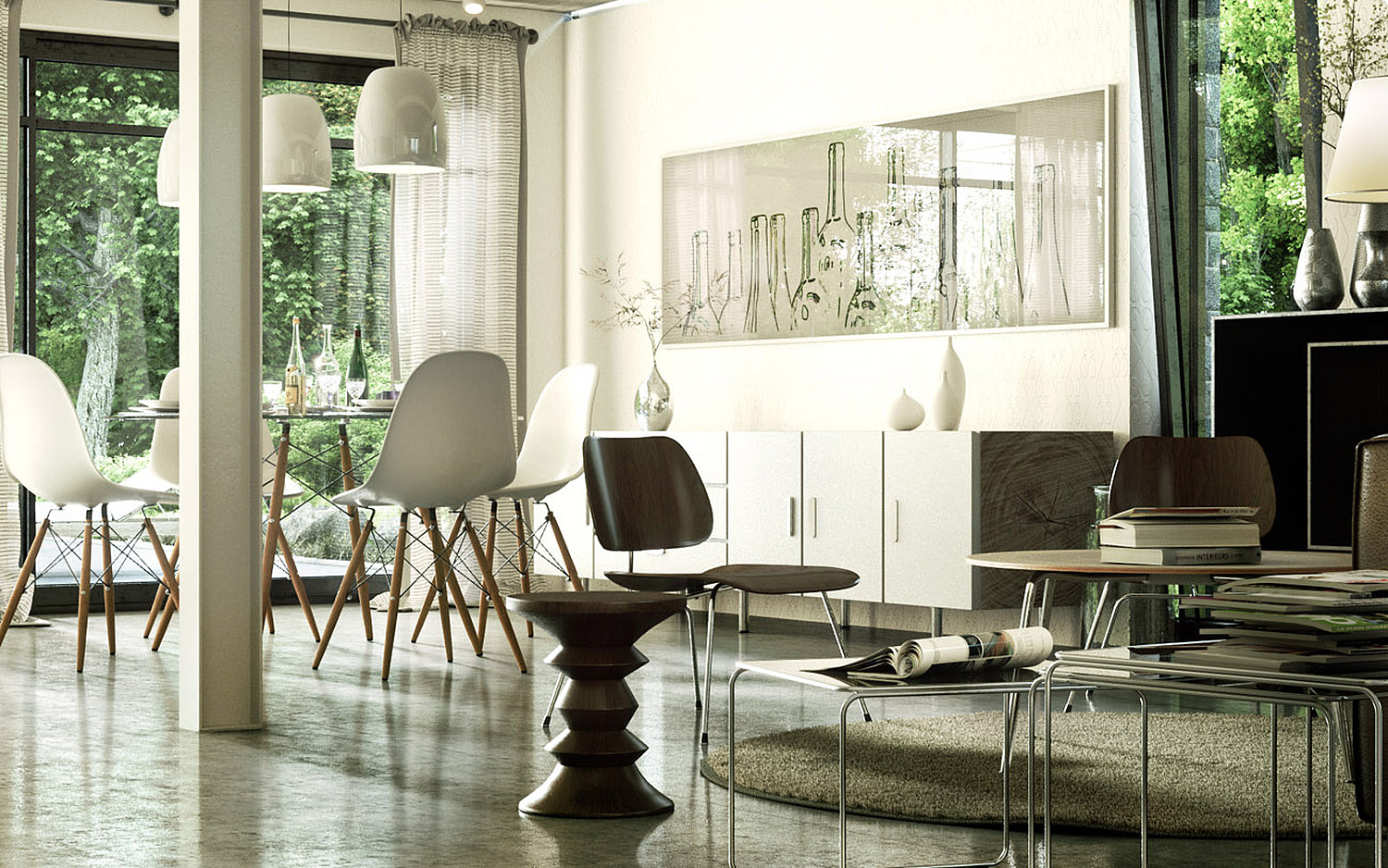 In addition to its straightforward marketing value, photorealism has power to transform the very role of architectural graphics within the industry. A more abstract, but possibly more significant, change this technology brings is the power for designers to realise their unbuilt designs, not as a concept drawing but as photographs from an alternate world. If the render is as good as real life, any architect can have their work featured on ArchDaily, without being excluded due to unfavourable real-life circumstances. Right now, the boutique design field is monopolised by those few firms and individuals who can sell themselves to high-paying clients while contractually retaining design autonomy. Photorealism throws open the doors to new contenders, and grants concepts the credibility they need to compete with finished projects.

Upstart firms can now fill their online portfolios with an impressive collection of buildings they have designed, without the need to find a obsequious millionaire client and undergo the hassle of physical construction. It hardly seems fair that only older firms are allowed to show off their full creative potential, and a change is well overdue. The photorealistic render represents the highest pinnacle of architectural visualisation by becoming invisible, and breaking the barriers between concept and substance. It might as well be a real building. Concrete and brick are not necessary.

Armed with this new potential to transcend art and compete alongside real life projects, the archiviz field is ripe for a transformation. New methods have thus far been relegated to old-fashioned roles, but the building industry will eventually catch up to companies like Ford or Ikea who have long ago ceased to rely on real props and sets. Photorealism allows architects and designers to speak with their clients in tangible, real-world terms. It lends their concepts a level of credibility that was previously unachievable in a project’s design development phase. These methods, which are becoming increasingly affordable, allow old firms and newcomers alike to communicate their ideas with absolute precision, compelling realism, and a degree of tangibility that rivals that of the finished product. Renders no longer need to be perceived as an artist’s conception, but as the power to photograph our ideal future.