WFS envisions a world where individuals live mindful lives and take responsibility for their thoughts and actions. 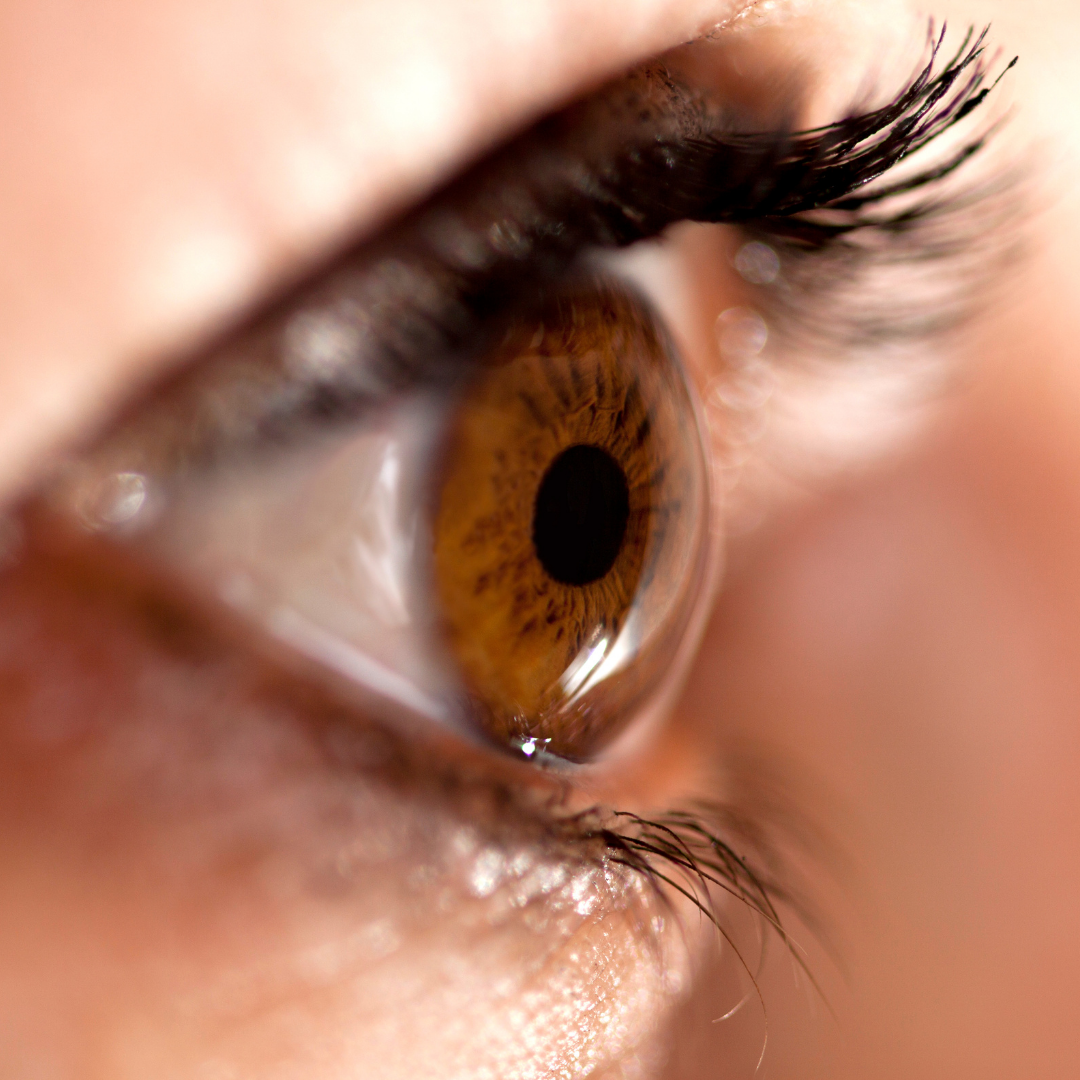 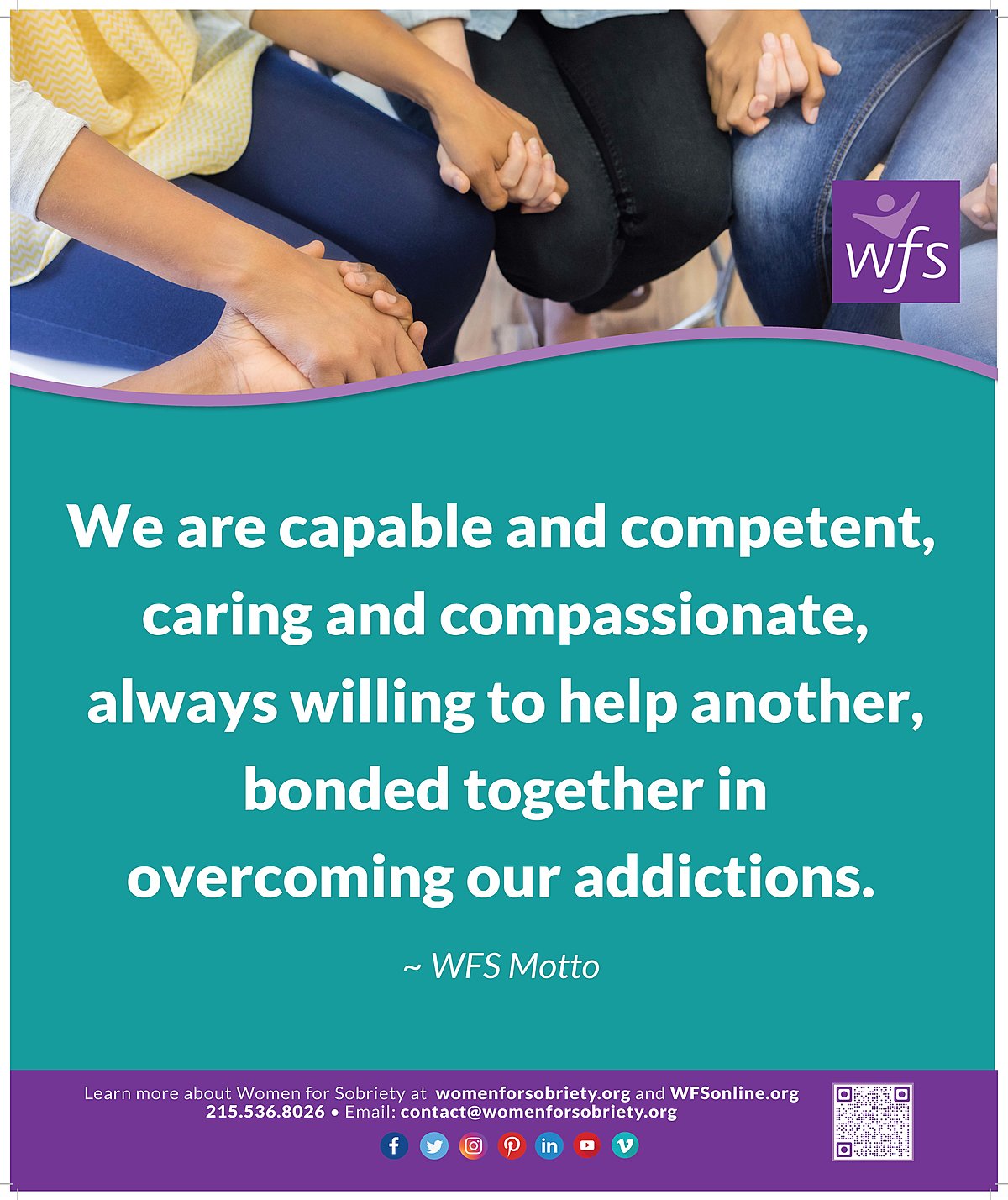 Through the New Life Program, WFS supports women seeking a sober life in recovery from problematic substance use.

WFS is committed to expanding and celebrating diversity and individual uniqueness. We create safe spaces for connection and belonging to enhance everyone’s recovery.​ 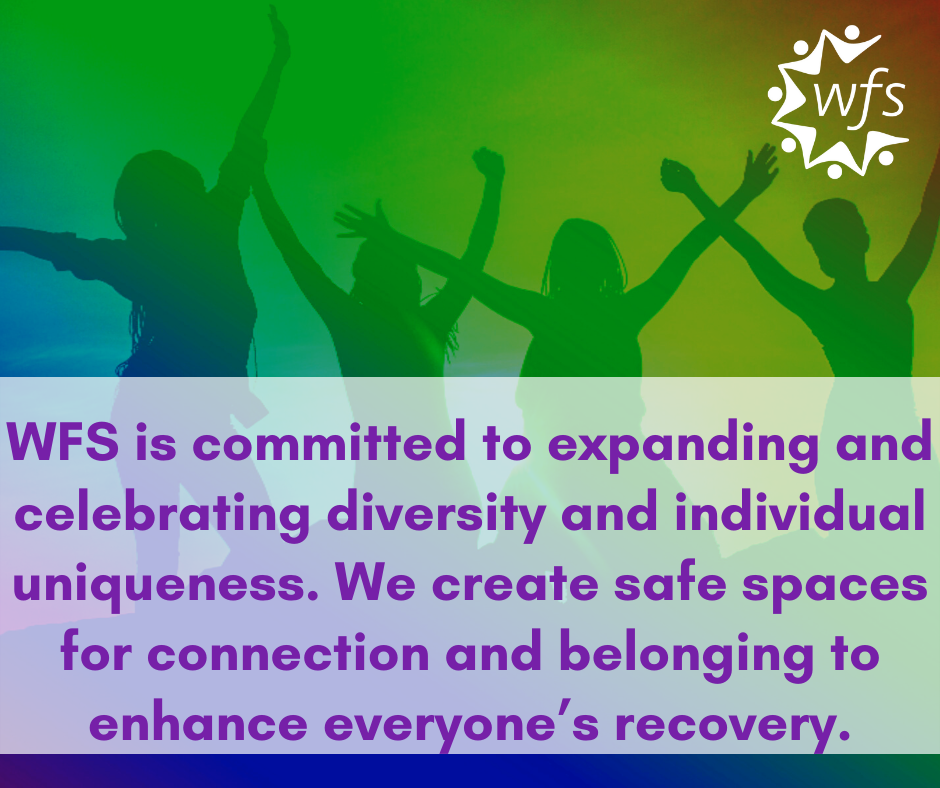 WFS promotes empathy and caring for self and others.

WFS encourages and celebrates women and their right to be their own unique individuals.

WFS commits to authentic relationships defined by mutual value and worth.

WFS acts with integrity, honoring every woman’s experiences and ideas.

Women for Sobriety (WFS) is an organization whose purpose is to help all women find their individual path to recovery through discovery of self. We share experiences, hopes, and encouragement with other women in similar circumstances. We are an abstinence-based, self-help program for women overcoming challenges with alcohol and other drug use. The New Life Program acknowledges the needs women have in recovery – the need to nurture feelings of self-value and self-worth, and the desire to discard feelings of guilt, shame, and humiliation.

WFS is unique in that it is an organization of women for women. We are not affiliated with any other recovery organization and stand on our own principles and philosophies. The New Life Program offers a variety of recovery tools to guide a woman in developing coping skills which focus on emotional growth, spiritual growth, self-esteem, and a healthy lifestyle. We encourage all women to engage in lifelong personal development through our 13 Acceptance Statements.

WFS believes that addiction began to overcome stress, loneliness, frustration, or emotional deprivation in daily life – dependence often resulted. The physical, mental, and emotional components of addiction are overcome with abstinence from all substances and the self-awareness gained by practicing the program. Participation in WFS requires a sincere desire for a New Life. We live by the philosophy: “Release the past – plan for tomorrow – live for today.”

"Surely the greatest waste of time is to dwell on something that cannot be changed."

To make the Program effective for you, arise each morning fifteen minutes earlier than usual and go over the Thirteen Affirmations. Then begin to think about each one by itself. Take one Statement and use it consciously all day. At the end of the day review the use of it and what effects it had that day for you and your actions.

I have a life-threatening problem that once had me.

I now take charge of my life and my well-being. I accept the responsibility.

Negative thoughts destroy only myself.

​​​​My first conscious sobe​r act is to reduce negativity in my life.

Happiness is a habit I am developing.

​​​​Happiness is created, not waited for.​

Problems bother me only to the degree I permit.​​

​​​​I now better understand my problems. I do not permit problems to overwhelm me.​

I am what I think.

I am a capable, competent, caring, compassionate woman.​​​​

Life can be ordinary or it can be great.

​Greatness is mine by a conscious effort.​

Love can change the course of my world.​

The fundamental object of life is emotional and spiritual growth.

Daily I put my life into a proper order, knowing which are the priorities.​

The past is gone forever.

No longer am I victimized by the past. I am a new woman.​

All love given returns.

​I am learning to know that I am loved.​

Enthusiasm is my daily exercise.​

I treasure all moments of my New Life.​

I am a competent woman, and I have much to give life.

This is what I am, and I shall know it always.​

I am responsible for myself and for my actions.

I am in charge of my mind, my thoughts, and my life.​

As the New Life Program grew, women began to ask Dr. Kirkpatrick for a more chronological guide to help them identify areas to focus on as they progressed in recovery. The Levels of Recovery were conceived to meet this need, and each Statement was assigned to a level. Women are also encouraged to remember that life is a fluid process that ebbs and flows, as are the Levels. There will always be times, such as during periods of great change or severe stress, when we may need to revisit a Level.

Level 1: Acceptance of substance use disorder

This is the very foundation of the Program. We must accept our addiction with the knowledge that we have a Substance Use Disorder and that abstinence is necessary to provide the most fertile ground for cultivating recovery. We recognize that our addiction has damaged our minds and bodies, and special care and time are required for recovery.

We are now ready to examine our attitudes and approach to life by writing down in detail our concepts, experiences, difficulties, and feelings with total honesty. We may believe that we are aware of our thinking and attitudes, but only after we have written these with total honesty do we discover what they really are. At this stage, we must also recognize the distorted, negative, and self-destructive patterns we have developed and resolve to change.

We are now ready to exchange our irrational, negative attitudes for realistic, positive thoughts about ourselves and our lives. We realize that our thoughts are responsible for our feelings and not the events, people, or situations themselves. We make our environment pleasant, uncluttered, and attractive and know that we alone create the world around us.

We now become aware that we do not need to wait for or to seek enthusiasm and happiness – all we need do is reach out and grasp them. We can accept a happy and enthusiastic outlook on life. This level leads us to the next stage; much of the joy in life depends on sharing with others – happiness and enthusiasm are reinforced by those to whom we are close.

We have begun to be open about our feelings, be vulnerable, and learn to balance giving and receiving with the women in our WFS group. Now is the time to expand these skills to other relationships. With our foundation of self-respect and self-love, we are ready to develop mature, loving relationships with others.

Level 6: A New Self, Continued growth

As we gain in knowledge and understanding of ourselves, our connection to others, and our place in the world, we find a spiritual home that is both unique and personal to us. We nurture our spiritual growth and reach out to encourage self-responsibility and self-worth not just for ourselves, but also for others.

Get inspiration delivered by email weekly via Monday Thoughts! 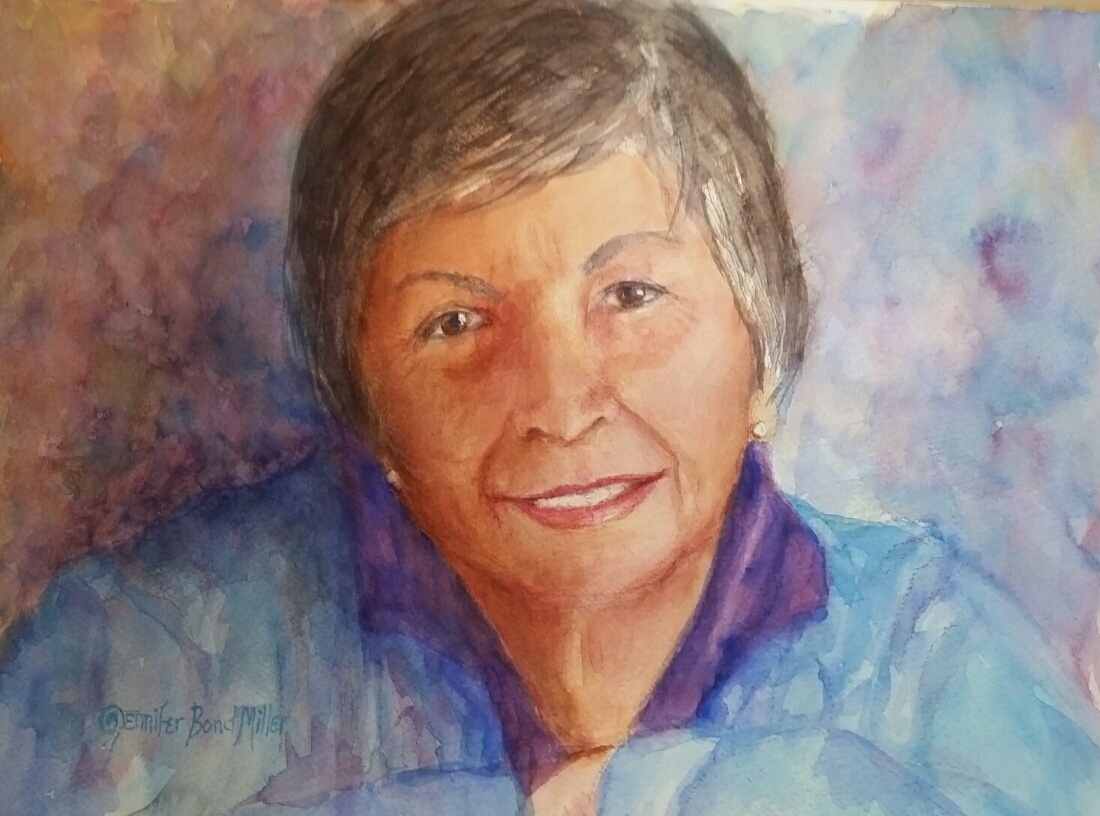 Born in a small, rural Pennsylvania town, Dr. Jean Kirkpatrick was the only child of a prominent local family. Despite multiple academic successes, including obtaining her doctorate degree in Sociology, Dr. Kirkpatrick struggled with feelings of inadequacy, depression, and severe Alcohol Use Disorder. She found sobriety for three years through another program but returned to drinking for an additional thirteen years thereafter, unable to cope with the pressures of her success.

After trying to return to the other program and no longer finding it helpful, Dr. Kirkpatrick began to explore other sources of inspiration. She began to write key phrases on small scraps of paper for herself and read them often as she persevered on her recovery journey. Once sobriety had been re-established, she compiled these phrases into the first version of what is now known as the WFS Acceptance Statements.

Dr. Kirkpatrick used the Statements, as well as knowledge gained from current research in the biological underpinnings of addictions, to start the New Life Program in 1975. She established the non-profit corporation Women for Sobriety, Inc., and began reaching out to other women in recovery, establishing weekly peer-support groups across the nation. Her first book, Turnabout: New Help for the Woman Alcoholic, published in 1977, told her story and laid the foundation for women to use the New Life Program in their own recoveries.

Dr. Kirkpatrick passed away in 2000 but her legacy lives on in the countless women who have successfully used the New Life Program to overcome their problems with alcohol and other drugs and found happy, healthy, joyful New Lives. 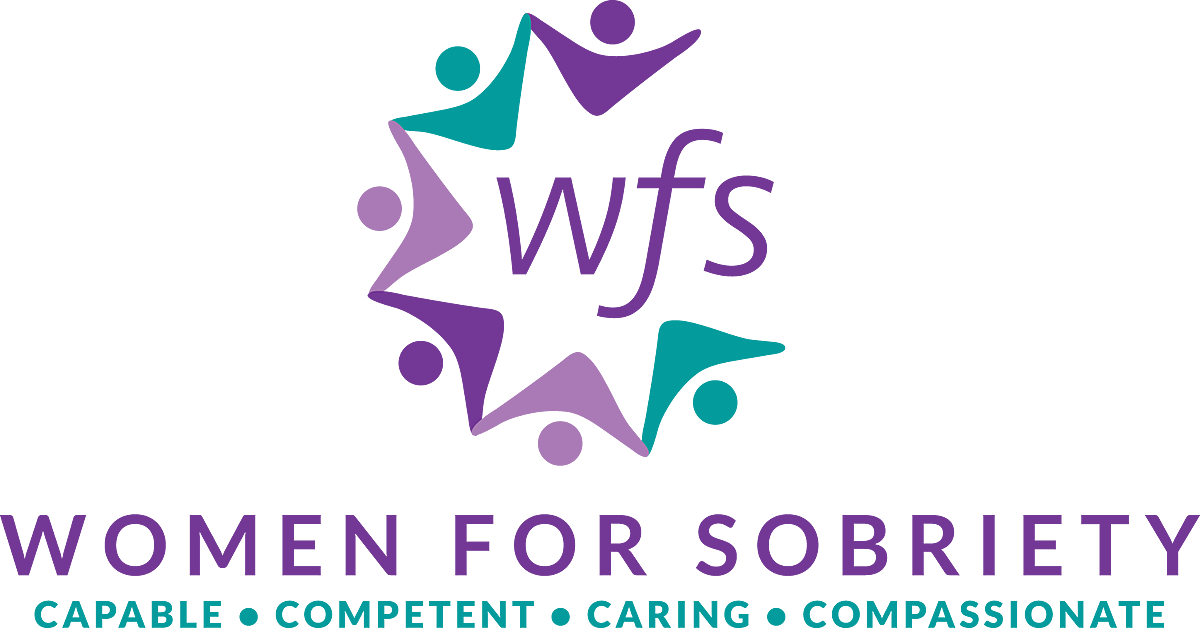 You are not alone.

A community of support awaits.