Learn some of the indicators of hostile intent.​ 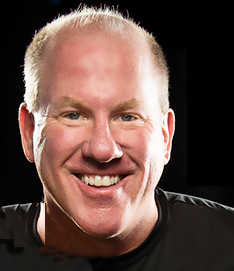 Though he is a world-famous martial artist, Mr. Graden’s Safe Student program is 97% prevention and 3% physical.

He says, “It’s far easier to avoid a bad situation than to try to fight your way out of one.”​

He was also dubbed the martial arts Teacher of Teachers by Martial Arts World magazine.

John’s leadership has landed him on the Dr. Oz Show, the Wall Street Journal, the A&E Network and many more international media platforms.

Learn some of the indicators of hostile intent.

They originate in the sub-conscious, much like your mind and body go into the freeze, flight, or fight mode without thought.

Both are hard-wired into our brains as survival mechanisms. Pre-attack indicators usually put the attacker in a better position to initiate the attack.

Conversely, the freeze, flight, fight mode helps us to avoid or defend against an attack.

The Fodada Annual International Women’s Self-Defense Day at the University of South Florida.

There are three common responses to pre-attack indicators.

Imagine someone gets in a victim’s space/face aggressively. The victim who looks away and tries to act “normal” is in denial of the situation.

Here is an example: Denial Leads to Stabbing & Denial in New Orleans

Here is an example: Convenience Store

Scanning is when the subject glances around as though he is searching. Typically, this is a look to the left or right as though they are looking for someone, maybe a witness. Or, to lure you into thinking he is no longer interested in what is happening right in front of him. Another strategy for scanning is to hide a weight shift.

If you stand with your feet shoulder-wide and lean forward, you will quickly feel off balance. However, if you shift your dominant leg back, even just a few inches, your body is in a more stable balance to strikeout.

The weight shift is often combined with scanning. So, a right-side dominant person will scan left and then to the right while simultaneously shifting the right leg back in preparation to use it to power a right punch.

Much like how cats turn sideways and arch, antagonists stick their chests out to look bigger. Though a terrible idea for defense, raising the chin positions the antagonist “above” the victim.

Chin up and chest out are severe pre-attack indicators because they indicate that the person is ready to fight. That means you either pull the trigger and strike first and/or create distance between the two of you.

Distance control is critical, so attackers will often use a seemingly innocent question to get physically closer to their target. “Do you have the time?” “Do you know where this place is….?” “Hey! Is this yours?”

Some interviews are more aggressive. It’s a good idea to match the energy of the questioner. If he shouts his question, shout back, “No! Leave me alone!” Combine that with the universal stop sign which is extending your arm and saying “Stop!” This indicates that you are not going to be an easy victim.

We clench to prepare for combat. Sub-Consciously, a subject will clench the teeth to anchor the jaw against an impending strike. An open jaw breaks much easier than a clenched jaw. That’s why pro fights were mouth-guards.

Clenching the fist is pretty apparent, but the well-trained eye will also pick up on a clenching of the upper body to prepare for a physical encounter.

The person is ramping up for battle just like you see fighters in the ring before the bell or football teams on the sidelines before kickoff.

Body language experts teach that a rapid increase in blinking the eyes in response to a pointed question indicates that the subject doesn’t want to see what the interrogator is describing. Often because they already saw it themselves as the guilty party.

The thousand-mile stare is a way to de-personalize the victim. It takes you from being a human to just being a target. It reduces you to a piece of meat and the wolf is about to attack.

This look can mean the subject has “checked out.” They may no longer in tune with what is happening because they have mentally committed to attacking.

You’re walking down the street and you see two guys just hanging out in the middle of the day. That could be two lions hanging around the water hole. They’re not there to go swimming. You don’t want to be the gazelle who walks in front of them to the pond.

What Are You Looking At?

Some pre-attack indicators are part of a criminal interview. When someone aggressively says, “What are you looking at?” they are the ones looking for a fight. Your best response may be, “Sorry. I was just spacing out. Didn’t mean to offend you.” “You looking at my girl!?” “Sorry, she looks like one of my sisters’ friends. Did you go to Largo High?”

Imagine you are putting your groceries in your car when a guy approaches and says something like, “We’re not going to let you do that alone.” That is called forced teaming. It’s a bad guys’ way of getting your attention without a threat. Serial killer, Ted Bundy used this over and over again to gain the trust of his victims.

This is a tactic used by multiple attackers. Attackers will separate to make it difficult to defend against them since attacks are coming from various angles.

They divide your attention which reduces your ability to respond.

When someone suddenly starts to walk towards you, that could be an indicator preceding an attack, especially if they can break your distance safety bubble of an arm and a half distance.

This works in the attackers favor when you are locked into something else. Nothing has made attacking people easier than smartphones. People get fixed on their phones and become easy prey.

If the attacker continues to move forward as you move back, be sure to look around in case he has a partner behind you.

When some people get anxious or amped up, they start to stroke their hair, wipe their faces, and other out-of-context grooming gestures. This is a sub-conscious way of occupying the body while deciding whether or not to attack. As soon as you see this, start creating distance.

People who tell the truth do not have to “think about it.” They know. However, people who are lying to you will have to think to conjure up a story. While this is more Verbal Self-Defense-like, it’s still an important indicator that the subject may have evil intent beyond the conversation.

When some people are thinking about what to do, they will purse their lips and breath out their nose. Probably the most high profile example is New Orleans Saints head coach Sean Payton. He seems to purse his lips throughout the game.

When someone wants to convey that they are not a threat or feeling threatened, they might yawn or stretch, usually together as though they just woke up from a nap.

Stretching or yawning could be a game of possum where the subject is luring you in to think he or she is so relaxed that an attack is not on their mind when it is.

If you’re at a bank in Florida in the middle of the summer and you see a guy walk in with a full-body trench coat with a hoodie and sunglasses, do you think he is there to make a deposit? If you see a guy wearing sunglasses at night with a low drawn hat or hoodie, does that make sense?

This video includes a number of pre-attack indicators. Can you identify them?

Find out how you can get self-defense training for yourself, your family, and your organization