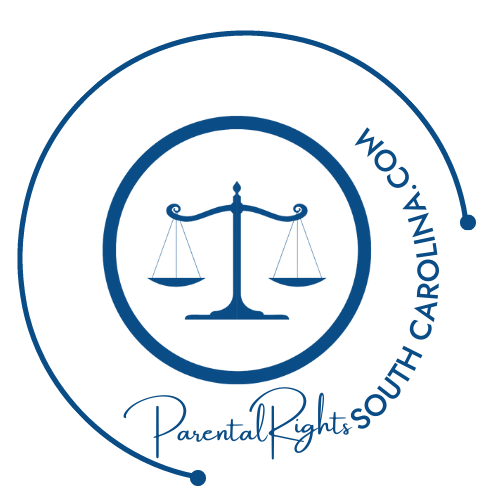 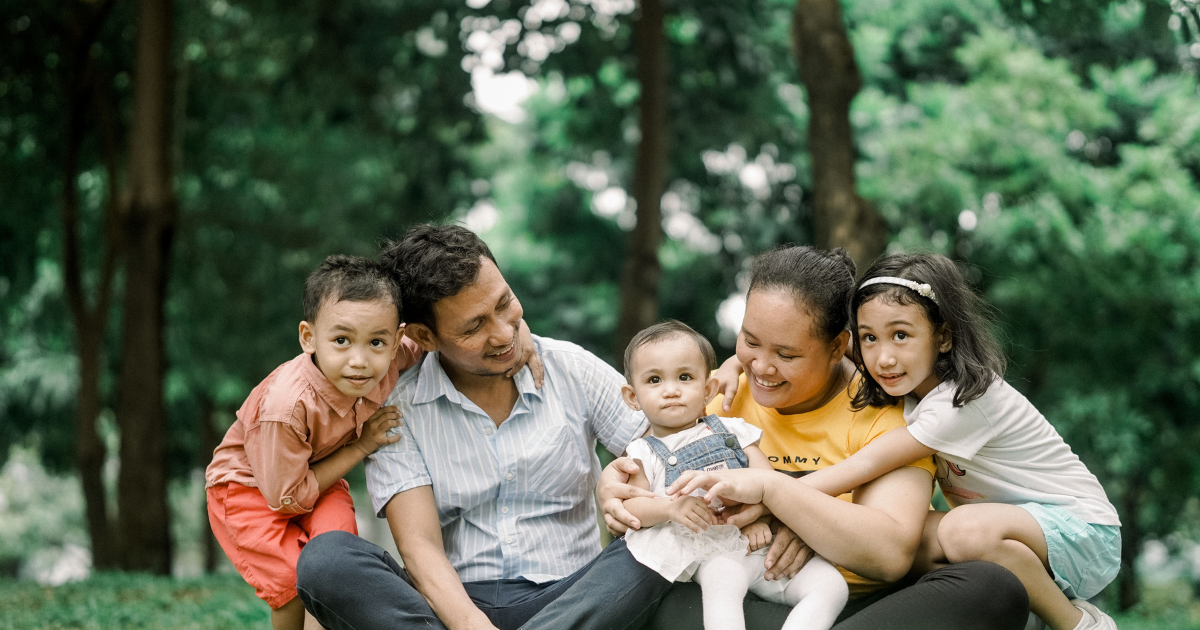 Why Do We Need a Parental Bill of Rights?

Likewise, parental rights are not absolute.

If we strip away the terminology debates and just think about theories of legally protectable rights, we will eventually conclude that there are essentially three potential levels of rights:

Absolute rights that may never be invaded by government for any reason whatsoever.

Very important rights that should not be limited except when someone abuses their rights by extreme use of their liberty.

Ordinary rights that the government could overcome whenever there was a good reason to do so.​

The Founders clearly believed that inalienable rights were not absolute. Consider this section from the Massachusetts Bill of Rights of 1780:

First, it is obvious that equal protection of the laws was denied to Jews and Muslims. Religious freedom did not extend that far. Second, there was the limitation of “demeaning themselves peacefully.” Baptist pastors in Virginia were routinely arrested in the 1770s for disturbing the peace when they preached without obtaining a license from the government. (My book, gives an exhaustive history of the development of religious liberty in England and America). This “demeaning themselves peacefully” standard gave the prevailing denomination incredible power to limit the religious practices of dissenters. Moreover, there was the limitation that the other denominations had to be “good subjects of the commonwealth.” That, too, was an open-ended, vague provision that could be used to limit religious liberty.​

Why Do We Need a Parental Bill of Rights?

Fortunately, the Massachusetts position was eventually replaced by a view of true religious liberty for all. But my point is this: Even inalienable rights were, in fact, limited by the Founding Fathers.

I think it is now evident that:

The Founders did not believe that inalienable rights are absolute.

Parental rights should not be absolute.

In light of the fact that parental rights cannot and should not be considered an absolute right, the question remains: Have we chosen the correct method of limitation on this right?​

We certainly do not want to return to the language of the Massachusetts Bill of Rights of 1780: “Parents should have the right to make all decisions for their children provided that they are ‘demeaning themselves peaceably and [are] good subjects of the commonwealth'.” I guarantee you that such a rule would let the government run roughshod over every parent that had the courage to defy an improper government edict.

Accordingly, we chose the language from, 406 US 205 (1972)​, to describe the difficult burden the government must meet in order to demonstrate that a parental choice can be limited by the government. There must be evidence—not a mere assertion—that in this particular case the government’s interest is “of the highest order and not otherwise served.” This language was used to hold that the compulsory education law was not important enough to meet this standard in the context of that case. Compulsory education law cannot be described as anything less than an incredibly high priority to the government. Yet, parental rights prevailed over this interest in Yoder.​

Some standard has to be articulated because the courts will never find that parental rights are absolute. Realism dictates this path, as does good philosophy. Parents should not have the right to abuse their children.

So, we either leave it to the courts to invent the exceptions to the rule, or we give them the standard from the very best example we have in Supreme Court history. We have chosen the latter path.​

Why Do We Need a Parental Bill of Rights​? 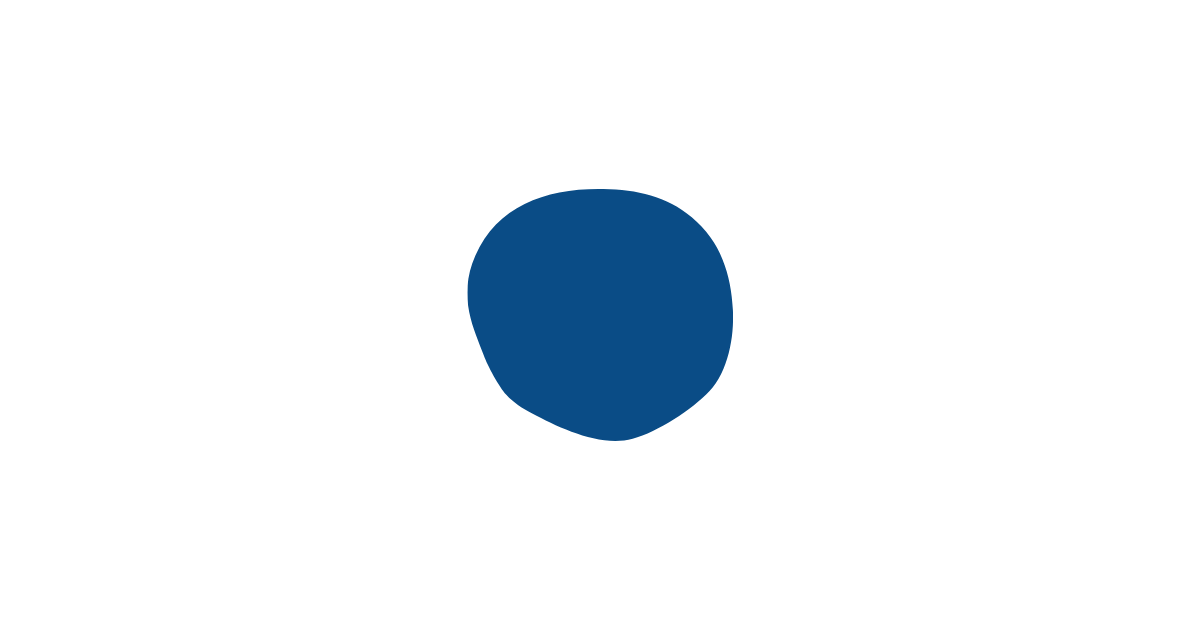 Parents come in all varieties. Your rights as a parent should be easy enough for any to understand and protect. You do not have to be a lawyer to determine if your rights are being infringed upon.​​ 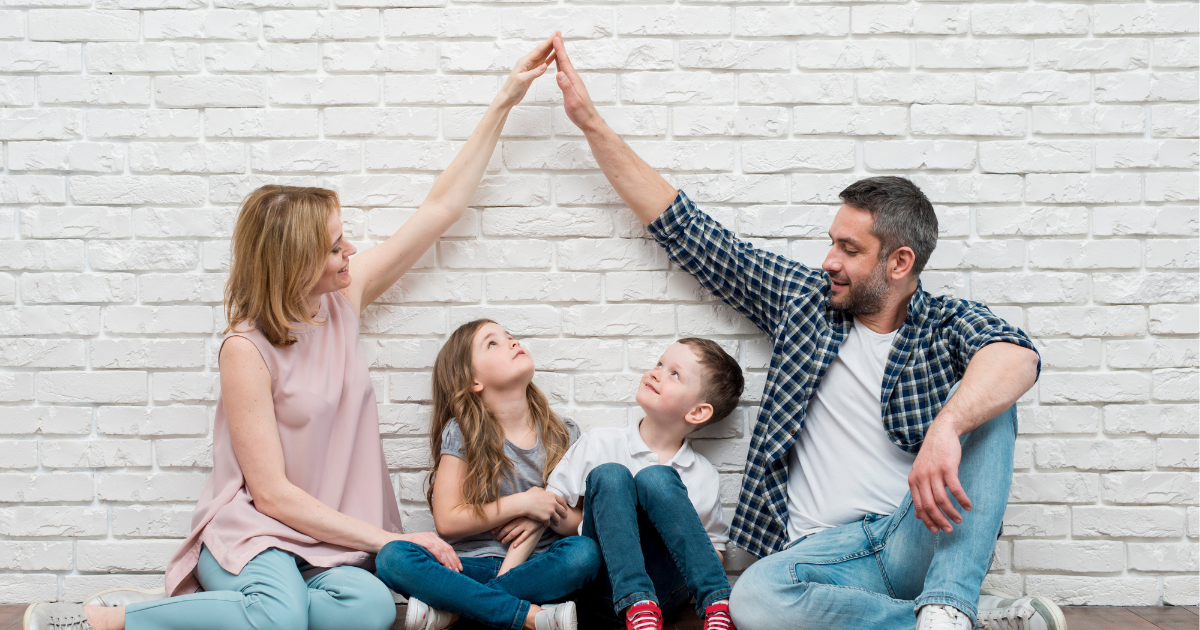 The interest of parents in the care, custody, and control of their children is recognized as a fundamental liberty protected by the Due Process Clause of the Fourteenth Amendment to the United States Constitution. (1)

This is based in part upon the fundamental right of privacy from interference in making important decisions relating to things such as marriage, family relationships, child-rearing, and education. (2)

As stated by the United States Supreme Court: 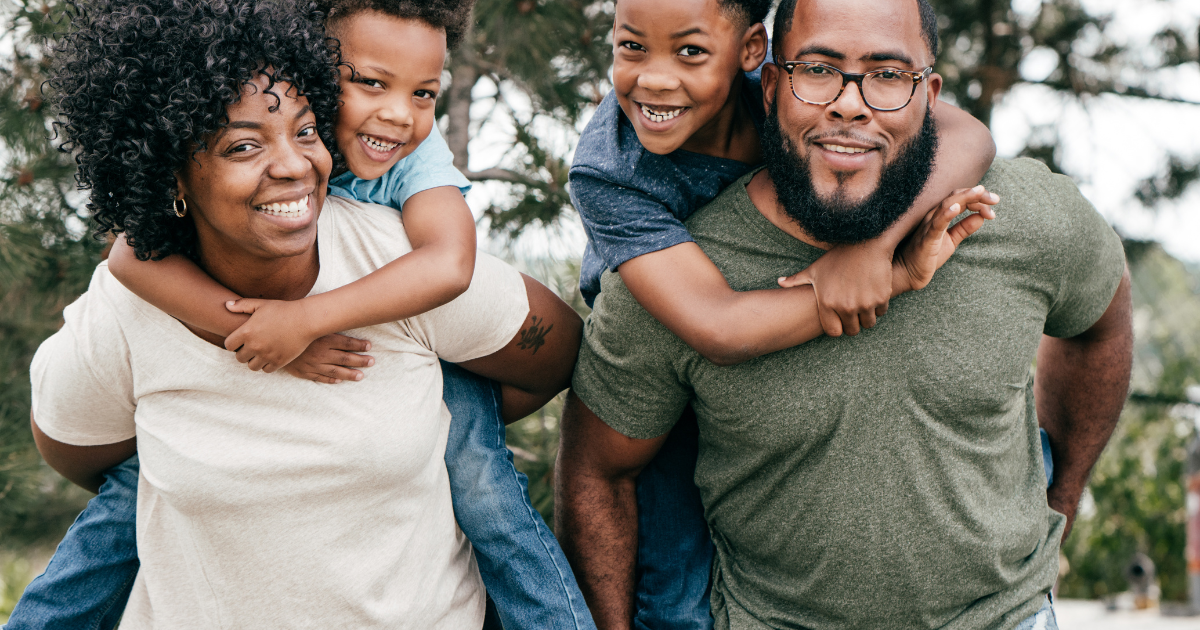 The bill establishes the “Parental Bill of Rights.” The bill provides that the state, its political subdivisions, any other governmental entity, or other institution shall not infringe upon the fundamental rights of a parent to direct the upbringing, education, health care, and mental health of a minor child. If those entities infringe upon a parent’s fundamental right, they must demonstrate that the action is reasonable and necessary to achieve a compelling state interest, and the action must be narrowly tailored and not otherwise served by less restrictive means.

The bill enumerates a list of rights that a parent possesses in order to direct the education of his or her child and be informed about the child’s educational programs. The bill also requires a school district to promote parental involvement in the public school system by providing access to the child’s studies and instructional materials while recognizing a parent’s right to withdraw the child from objectionable portions of the school’s curriculum.

The Parental Bill of Rights

Will help re-establish the sanctity of the home as a fundamental principle of liberty for our free society.

Empower parents to protect themselves from parental rights issues.

List your rights as a parent - simple to understand and protect.

Provides clarity for parents and governmental agencies so that parents do not have their rights infringed upon.

Clearly states, “it is a fundamental right of parents to direct the upbringing, education, and care of their minor children."

Infringement of Your Rights

You have the fundamental right, as a parent, to direct the upbringing, education, health care and mental health care of your child.

According to a publication from the Cornell Law School, (4)

"Fundamental rights are a group of rights that have been recognized by the Supreme Court as requiring a high degree of protection from government encroachment. These rights are specifically identified in the Constitution (especially in the Bill of Rights) or have been found under Due Process. Laws encroaching on fundamental rights generally must pass strict scrutiny to be upheld as constitutional."

Due Process simply means that "all levels of American government must operate within the law ("legality") and provide fair procedures.

The State, political subdivisions of the State, public school districts, other governmental entities, and other institutions may not infringe on the fundamental rights of a parent to direct the upbringing, education, health care, and mental health care of his child without demonstrating that the action is:

The right of privacy is a fundamental right which we believe demands the compelling state interest standard. This test shifts the burden of proof to the state to justify an intrusion on privacy. The burden can be met by demonstrating that the challenged regulation serves a compelling state interest and accomplishes its goal through the use of the least intrusive means.​

What Can All South Carolina Parents Do Right Now?​

As a parent, you are in the best position to know what is best for your children. By knowing your rights and exercising them, you ensure that decisions regarding your kids are made by you, not a bureaucrat, doctor, or social worker. And that protects your children.

Together, we can impact change and make a difference right now for our children and future generations! 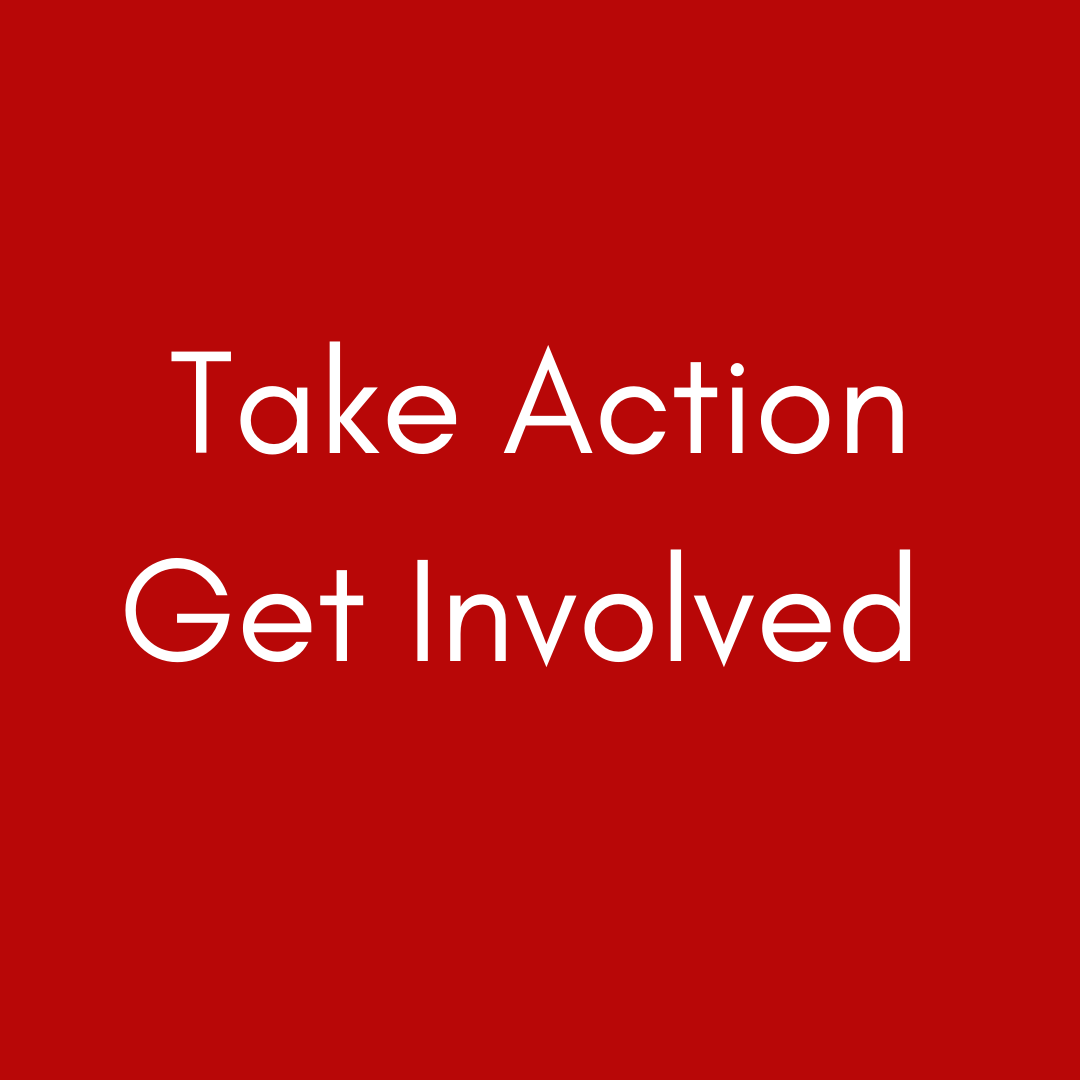 1.Santosky v. Kramer, 455 U.S. 745, 748 and 753 (1982) (holding the fundamental liberty interest of natural parents in the care custody, and management of their child is protected by the Fourteenth Amendment, and termination of any parental rights requires due process proceedings); Troxel v. Granville, 530 U.S. 57, 66 (2000) (holding there is a fundamental right under the Fourteenth Amendment for parents to oversee the care, custody, and control of their children).

5.Compelling State Interest Article By Ronald Steiner. This article was originally published in 2009. Ronald Steiner (Ph.D. Political Science, University of Minnesota; J.D., University of Southern California) is Professor and Director of Graduate Legal Education at the Fowler School of Law at Chapman University, where he teaches constitutional law and other topics in law and political science. Link - https://www.mtsu.edu/first-amendment/article/31/compelling-state-interest