​The Fund is a diversified Fund that invests in liquid real assets classes such as equities, commodities, inflation protected bonds, listed globally. Portfolio resources are allocated between different sectors (Water, Timber, Energy, Gold, Inflation…) that are representative of the underlying macro-economic trends and benefit from fundamental strengths in demand while having few substitutes and constrained supply. Bottom-up analysis is based on a set of financial and sustainability criteria. 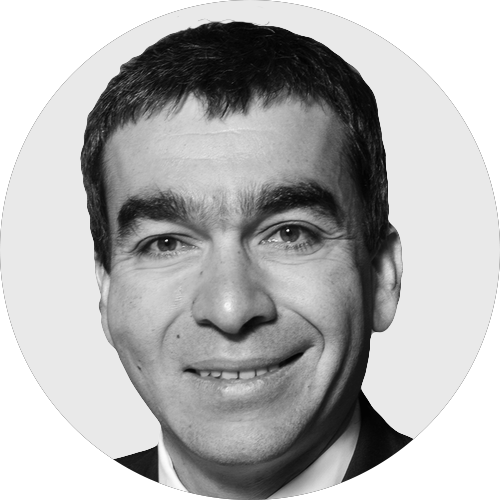 ​“Synchronized global slowdown” became the central scenario for many strategists during the quarter. Despite the apparent consensus, economists are indicating a larger than normal level of uncertainty as both significantly positive or negative outcomes cannot be excluded. Most central banks started easing, with the FED cutting rates twice for the first time since 2016. In Europe, the ECB announced the restart of its bond-buying program in November after having reduced rates by an additional 10 bps in September.  Emerging Markets central banks are easing more aggressively this time despite the risk of local currency depreciation. The global willingness of governments to embark into significant fiscal and budgetary stimuli remains largely uncertain. The global disinflation cycle persists as headline inflation declined in major developed economies. The short-term inflation outlook is positive on pass-through effects from tariffs.

The S&P 500 recorded a series of record highs in July and September, despite a volatile period in August, for an overall 1.7% positive return. ​An abrupt shift in favor of small caps and value investments broadened market breadth. Other developed markets outperformed with Japan rebounding 3.4% during the quarter. Global equities added 0.5%, while global emerging and frontier markets retreated 4.25%, and 1.1% respectively.​ ​Broad commodities fell 1.84% during the quarter as volatility surged after the attacks on critical Saudi Arabian energy infrastructure. The U.S. dollar, as measured by the DXY index, rebounded 3.38%, as Brexit related uncertainty and deteriorating European exports weighed on developed markets peers. Front-month crude oil prices declined more than 8.5%, while longer dated contracts held-up better. Crude oil term structure remains in backwardation. Ten year inflation break-evens declined 18 bps in the U.S., but rebounded 11bps in the Eurozone, to 1.5% and 0.8% respectively. 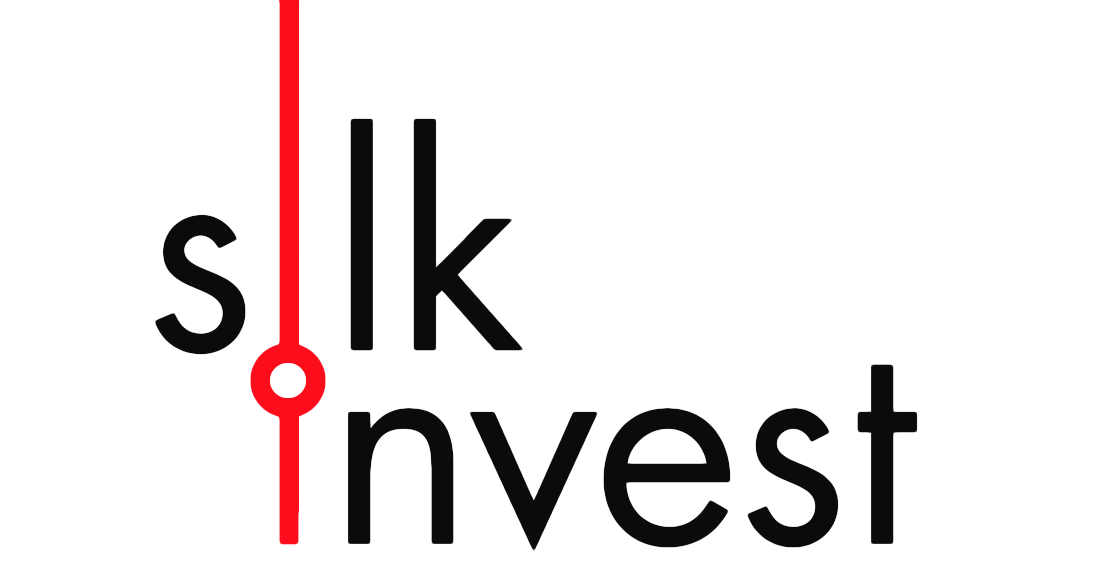 Energy equities fell 5.5% in the period and lagged again behind the broader market recovery. Despite the OPEC+ agreement reached in June, the potential for slower global economic growth weighed on sentiment. In addition, falling drilling activity didn’t result in declining production in the U.S. The sector and size rotation in September helped energy names to rebound, but overall the sector remains out of favour, and offers significantly higher than historical dividend yields. The commodity energy sub-sector index fell 4.5% as in Q3, as both Brent and WTI prices reversed gains at the end of September, while natural gas prices stabilized. Longer dated contracts held-up better. The Trans-Atlantic spread declined to $4.5 while Canadian oil prices fell 7%. The Fund’s energy equity strategy fell by 2.2% though Galp Energia, the Portuguese integrated oil major, posted positive return. Downstream operator Phillips 66 reversed previous quarters’ losses and rebounded more than 10% during the period. U.S. upstream companies, Marathon Oil and ConocoPhillips declined 13%, and 6% respectively, as defaults in the sector increased. Schlumberger, the oil services company, declined 13% as the new CEO took the helm in August. European majors Total, BP, and Royal Dutch Shell underperformed on mixed Q2 results.

​We started the quarter with a neutral allocation to the sector. In August, we started adding exposure to Royal Dutch Shell and BP by 1% and 2% respectively, as both stocks were yielding more than 6.5% at the time. We added 1% to the portfolio’s exposure to oil services, as ongoing restructuring penalized Technip FMC’s stock price while the sector started being upgraded by the analyst community. In September, we increased exposure to Marathon Oil by 1%, as current operational challenges have been priced-in while the benefits from a smaller and more profitable company are underappreciated. Overall, we increased the Fund’s allocation to integrated oil and gas companies in Europe, to U.S. exploration and production companies while adding to oil services. At the end of the period, exposure to the sector stood at 21.8%.

​Infrastructure equities had another positive quarter, as the DJ Brookfield Global Infrastructure Index added 2.5%. The rally in bond markets globally, and renewed private market activity continued to offer support to the sector. The energy infrastructure subsector rebound reversed with the Morningstar MLP Composite index retreating 4.5%, as fears of over-capacity in the Permian and an ever-shrinking universe continue to weigh on prices. Pembina, the Canadian operator, agreed to buy Kinder Morgan Canada and a portion of Kinder Morgan’s assets in the U.S. which was anticipated by the market. In parallel, rumours of Williams’ interest in troubled Noble Energy’s midstream assets caused a 13% decline, mixed results, and uncertainty in Occidental’s interest in Western Gas resulted in a 17.5% fall in the unit price. The Fund’s energy infrastructure strategy underperformed the index by 1.4% as Western Gas is our second largest position in the sector. Plains All American (-13.5%) retreated after mixed Q2 results while

both Magellan Midstream, and Enterprise Product Partners posted positive returns over the period.​

​Gold bullion prices continued to rally until early September for an overall 4.5% positive return. ETF investors flows surged and added a total of 216 tonnes for the period. Market positioning, according to CFTC data, has become more challenging as short positions declined significantly. Gold stocks, as measured by the FTSE Gold mines index, increased 4.7% in a low-volatility regime and continued to outperform almost every other asset over the last four quarters. In September, Osisko Gold, the Canadian gold royalty company, announced the acquisition of the remaining shares of Barkerville gold mines for C$ 350 million. Market reaction was extremely negative (-10.6% in USD for the quarter) as the company was not expected to expand beyond its natural markets. Other mining stocks crashed 9.2%. Franco-Nevada and Royal Gold outperformed as stock prices increased by 7.7%, and 20.5%, respectively.

​Timber equities had another volatile quarter as challenging activity in U.S. housing and oversupply in paper products led to increased pressure on both timber REITS and paper producers. In Canada, companies continue to announce production curtailments, while weather and pine-beetle related accidents in Europe are causing another shift in the market. For the quarter, the S&P Global Timber and Forestry Index declined 2.5%, as both Timber REITs and wood producers rebounded in September while lumber futures lost 3%. The Housing Affordability index continues to improve due to falling mortgage rates, while paper demand remains strong.  Additional capacity and a potential slowdown in global growth are seen hurting pulp prices. Timber REITS, Weyerhaeuser, and PotlachDeltic in particular, added 6.5% on average despite their cyclical component while pure timberland owners (Rayonier) underperformed again. Wood producers declined again with the notable exception of Canfor (+44.2%) which, in August, benefited from the Great Pacific’s offer to take the company private at C$16 per share. That price represented a premium of more than 80% to the previous closing price. Paper names International Paper fell 2.2%, Mondi crashed 14.3%, while hygiene related Svensksa Cellulosa remained stable.

​During the period, we kept the Fund’s exposure to the sector stable. In August, after the announcement of Great Pacific’s offer, we placed our Canfor shares in the market while allowing for a 2% discount to the proposed deal price. At the end of the period, our allocation to timber represented 17.6% of the portfolio.

​​Water equities outperformed the overall market (the S&P Global Water added 2.1% during the quarter) as falling interest rates continued to support water utilities and water technology names. Even the more volatile water infrastructure posted positive results and rebounded 4.7%. As the political situation in the U.K. continued to evolve, the possibility of a Labor-led government is now more remote which led to a partial revaluation of U.K. based assets in general. Pennon and Severn Trent posted 12% and 2.4% gains respectively. SJW, the U.S. water utility, rebounded 12.9% In France, Suez added another 8.8%. Water technology continued to outperform as Kurita Water and Tetra Tech added 8.9% and 6.8% respectively but Xylem lost 4.5%. In water infrastructure, Ebara fell 2% while Mueller water rebounded 15% after Q2 results and A.O Smith, which generates more than 25% of its revenues from China, stabilized.

In August, we reduced exposure to the asset class by 1%. Broad commodities represented approximately 8.5% at quarter-end.

We began the quarter with a relatively moderate cash level as we are preparing the portfolio for a more prolonged period of low growth and inflation globally. In July and August, we continued to increase the Fund’s cash while deploying the portfolio’s resources selectively towards the most undervalued sectors of the investment universe.​​ At the end of August, we reinvested in the Energy sector while reducing significantly exposure to Broad Commodities, Gold and Gold Royalty companies based on the view that rising geo-political tensions are not evenly priced in by market participants. We kept our exposure to the U.K. stable as political chaos in the country is still compressing valuations of local assets.  We continue to focus on quality growth companies globally while allocating and/or keeping the portfolio’s resources invested in sectors that we see as presenting both relative value and absolute return opportunities. U.S. and Canadian timber related companies, water infrastructure and technology players and selected positions in energy and infrastructure are currently offering the most appealing propositions. While Q2 results exceeded expectations on average again, we believe that the macro-economic environment and the sharp reversal in monetary policies globally will translate into a period of increased uncertainty in earnings but that an outright global recession will be avoided, especially if fiscal and budgetary stimulus take hold. The distribution yield of the portfolio increased slightly as we allocated portfolio resources specifically to higher dividend payers. As realised volatility on the S&P 500 increased in August, our macro hedges contributed significantly to portfolio returns. In September, we repositioned our macro-hedge overlay towards longer dated and out-of-the-money positions in Europe and in the U.S. Cash stood at 6.8% at quarter-end.

​During the quarter, we increased the portfolio’s bias to European and Canadian equities on relative valuation considerations and we took profits in Japan.

We continue using a very dynamic approach in energy equities where increasing U.S. oil and natural gas production, coupled with infrastructure, trade and geo-politics related factors have been met with healthy levels of global demand. As the weakness in wood producers persists, we are keeping the portfolio’s exposure to the sector stable as we believe that actions taken by the industry and the current interest rate environment should translate into better than expected returns in the coming quarters. We expect the fund’s cash level to decline from current levels if broad market decline occurs in the coming months. 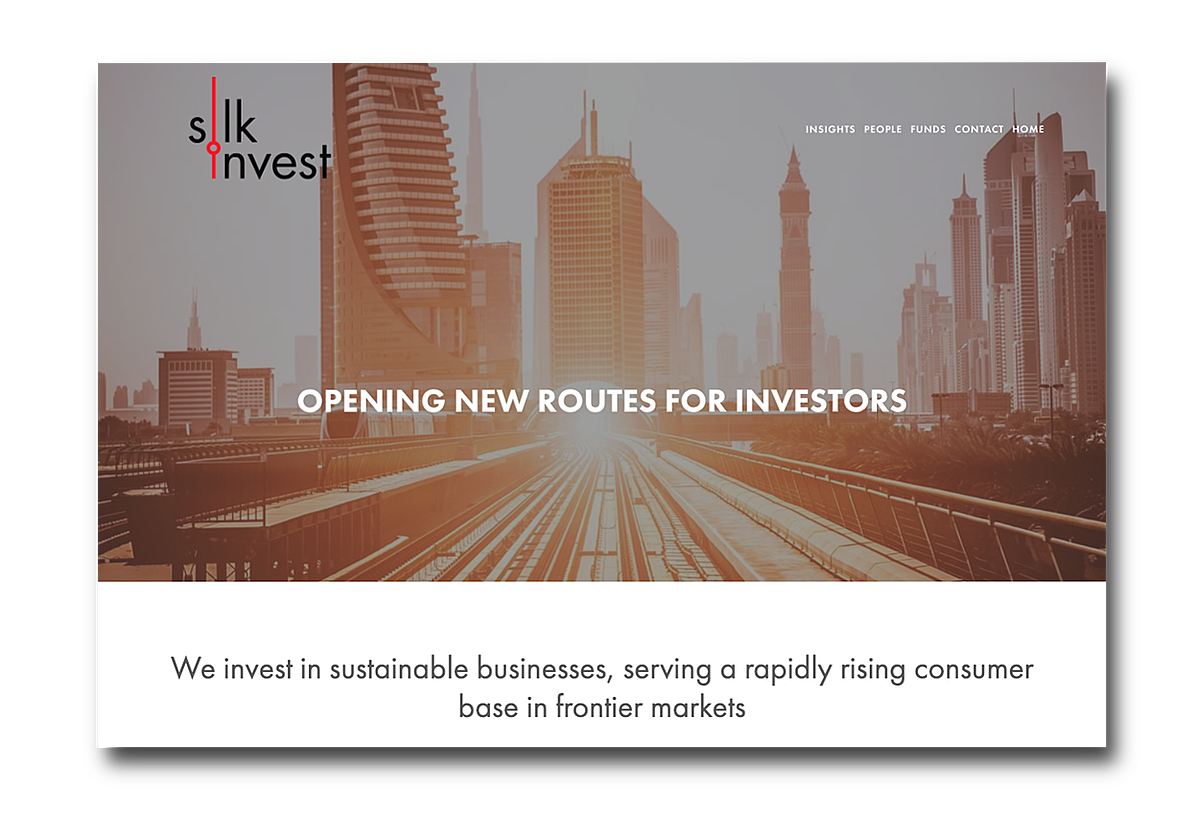