Don't Commit to a Girl
Who Is Not Your Girlfriend

As a lifelong teacher, I have noticed that while everyone does not care about getting an education, almost everyone cares about finding love.  Love is a basic human need that we all crave, and the skill of attracting a love interest is one worth learning. This book was written for people who are just as I was, before I began my journey on studying how to find love. I was academically successful in school, but romantically clueless in life. Then I changed.

If you are looking to attract women, but have failed to realize the expected joys and unforeseen pains of having a loving partner, then keep reading. Hopefully, I can give you the information you need to attract that special person with whom you can share your life.

Author, "How to Attract Women
If You're Not That Attractive"

“Most men who [go] the "friends" route just [hear] about her sex with other men when she comes to him to cry about how bad some other guy is treating her.”

-Ron Louis and David Copeland, Authors, "How to Succeed with Women" 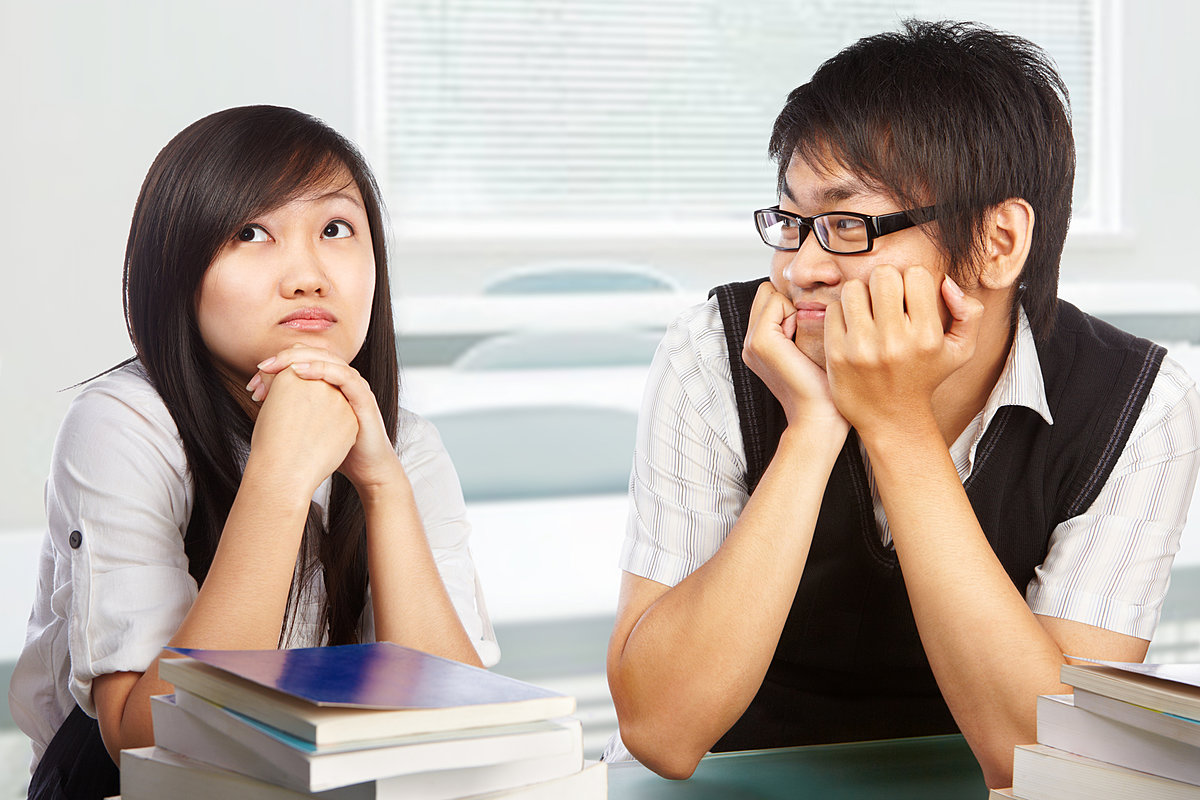 I managed to go 3 1/2 years in high school without getting noticed. And then one day, I noticed Sally, a Zooey Deschanel lookalike without the big brown eyes, sitting next to me in math class. She was nicer to me than any other girl in the school. She would smile at me, laugh at my jokes and call me sweet. On her birthday, I mustered up the courage to give her a birthday card in which I wrote about how special she was. I threw in $.25 pack of Wrigley’s gum as a present of

sorts and gave her the card in class where she read it. With her back turned to me, she finished reading, straightened her back, and postured as if she were deliberating the OJ verdict.

Then, she did something no other girl had ever done for me: she wrote her phone number on the corner of a sheet of loose-leaf paper, ripped it into a neat little rectangle and handed it to me. In her sexy American accent, she said, “Why don't you give me a call over vacation? We could hang out."  A la Ralph Wiggum, son of Police Chief Wiggum, from The Simpsons, I thought I had a girlfriend.

Shortly after getting her number, I managed to FUBAR my relationship with Sally. I mustered up the courage to call her and ask if she wanted to see a movie: “Before Sunrise” – a romantic comedy about two strangers who meet in Paris and share one romantic day together. I never got to see the movie. Over a quarter of a century later, I still haven’t seen the movie or its sequel in which Ethan Hawke and Julie Delpy meet again – twenty years later.

Nothing ever happened between Sally and me. She discovered what the movie was about, made it clear that we were just friends, and declined my invitation. That was one of the last times she spoke to me. The remainder of my last high school year was awkward. I was officially that dorky kid who liked a girl who wasn’t attracted to the dorky kid. 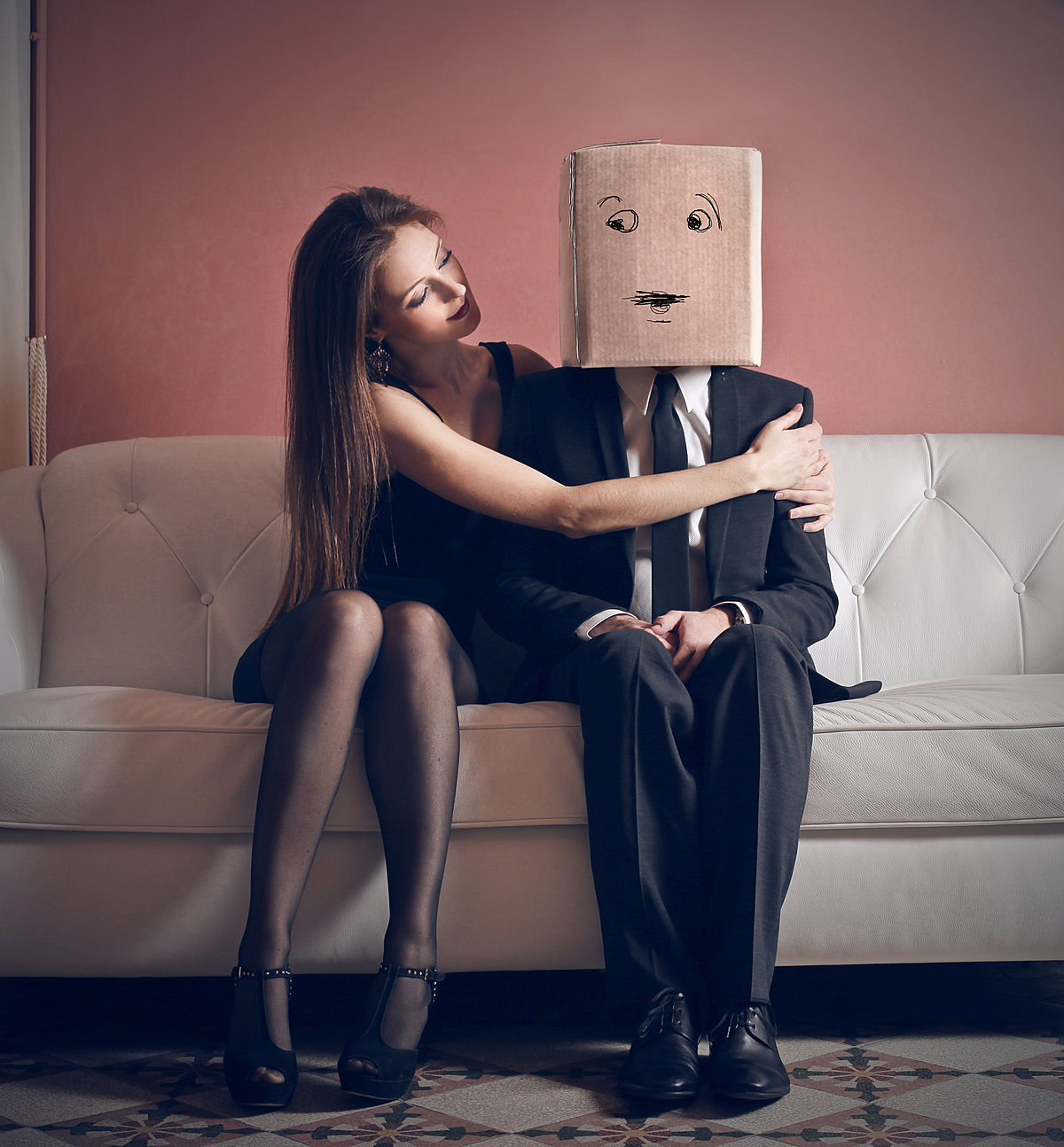 I crushed on many girls in college, but never did anything about it. Here were my 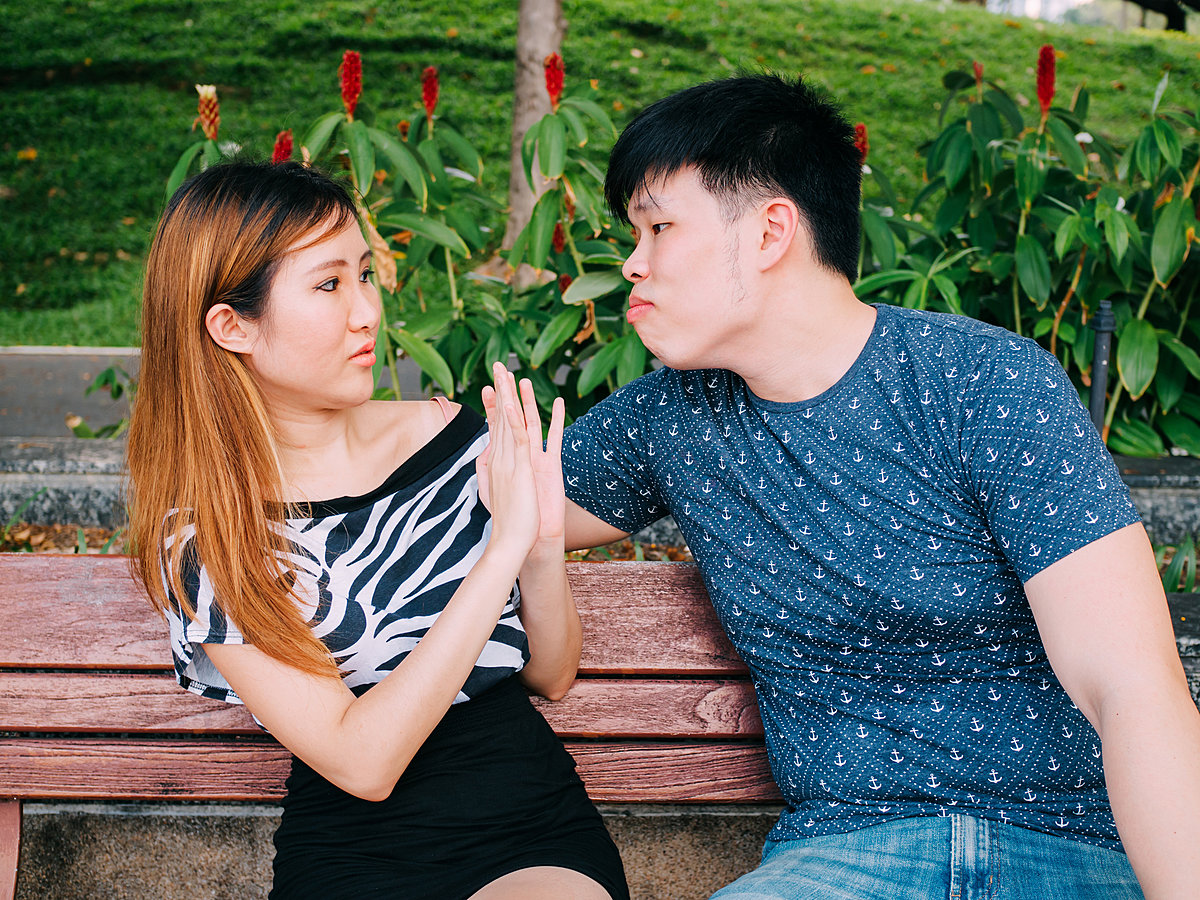 During my last semester of college, I landed my dream job: working at Gap in the local shopping center.  During orientation, I was paired with a pretty Korean girl named Jessica.  My cousin Joe believes that "among all the Asians, Korean girls

are the most attractive." Looking at Jessica, one would be hard-pressed to argue against him.

Five years after my high school trauma with Sally, I got as close as I could to

Jessica. When she stacked jeans on the wall, I just happened to stack with her. When she folded shirts for an hour at a table annihilated by holiday shoppers, I folded with her. I even rearranged my schedule so that I could work with her. I knew her for about three years and I actually managed to get her number and take her to dinner and a movie a few times.

I grew in those three years – mentally (not physically) for better or worse – and in that time, I started developing the mindset that if she rejected me, there would still be other girls I could go out with.  Driving her home after dinner and a movie after knowing her for about three years, I asked her a question, but already knew the answer:

"It's never going to happen between us, is it?"

I responded as only an asshole would: "Then it was nice knowing you."

She cheerfully responded, "You too!"

I dropped her off in front of her home, as I had done on several other occasions when I had the privilege of taking her out.  That was the last time I saw her. 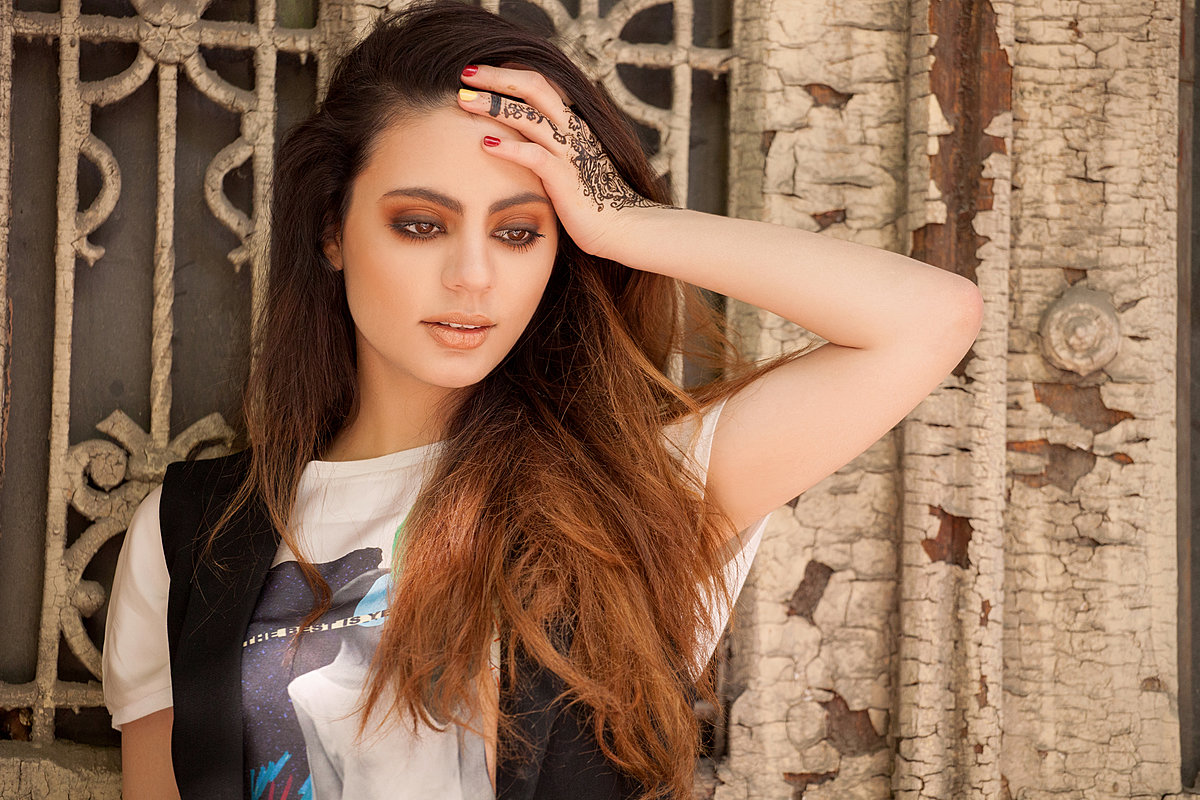 ​I had this weird wooden pen that had a man's head complete with "hair” at the end of it.  In times of boredom, I would play with the pen’s hair, tying it into a ponytail and letting it loose.  Bibi, an exotic Guyanese woman who resembled Fergie from the Black-Eyed Peas, noticed it and said, “I like your

Bibi never became my girlfriend, but I was willing and able.  Her eyes, even with the glint of her rebellious eyebrow ring, could pierce through a man’s soul.  She was mystic and artistic – a playwright who produced a show in Guyana.  She had a spirit that emanated Zen.  We ran into one of my students near Target and the next day, the student told me, “Mr. – your girlfriend is pretty.”  I lied and said “Thank you.”

Bibi came from a good family.  She introduced me to her parents, and I attended her older brother’s contemporary monologue on Liberty Avenue, the Guyanese hub of Queens, New York.  Her mother cooked me duck curry which had a creamy texture that I remember to this day.  Bibi and I were both English majors and A-students, though she was more hardcore over literature and writing.  She took an interest in literature and words.  I took an interest in whatever she was saying.

I stopped talking to other girls and focused on Bibi. One time, Bibi caught a cold and she asked me if I could get her medicine and bring it over.  I bought Robitussin in a nearby CVS and rushed over—much to the delight of her mother, who saw that there was a man kind enough to do that for her daughter.

Then one day, after the semester ended, Bibi just stopped talking to me.

No responses to my texts.  No responses to my calls.  Nothing.  Like a dream come true, she magically appeared outside my one of my classrooms a few weeks into the next semester. She explained that she hadn’t kept in touch because she had lost her phone.  I nodded away in false agreement.  I gave her a ride home for the last time and lost touch with her for years after that. 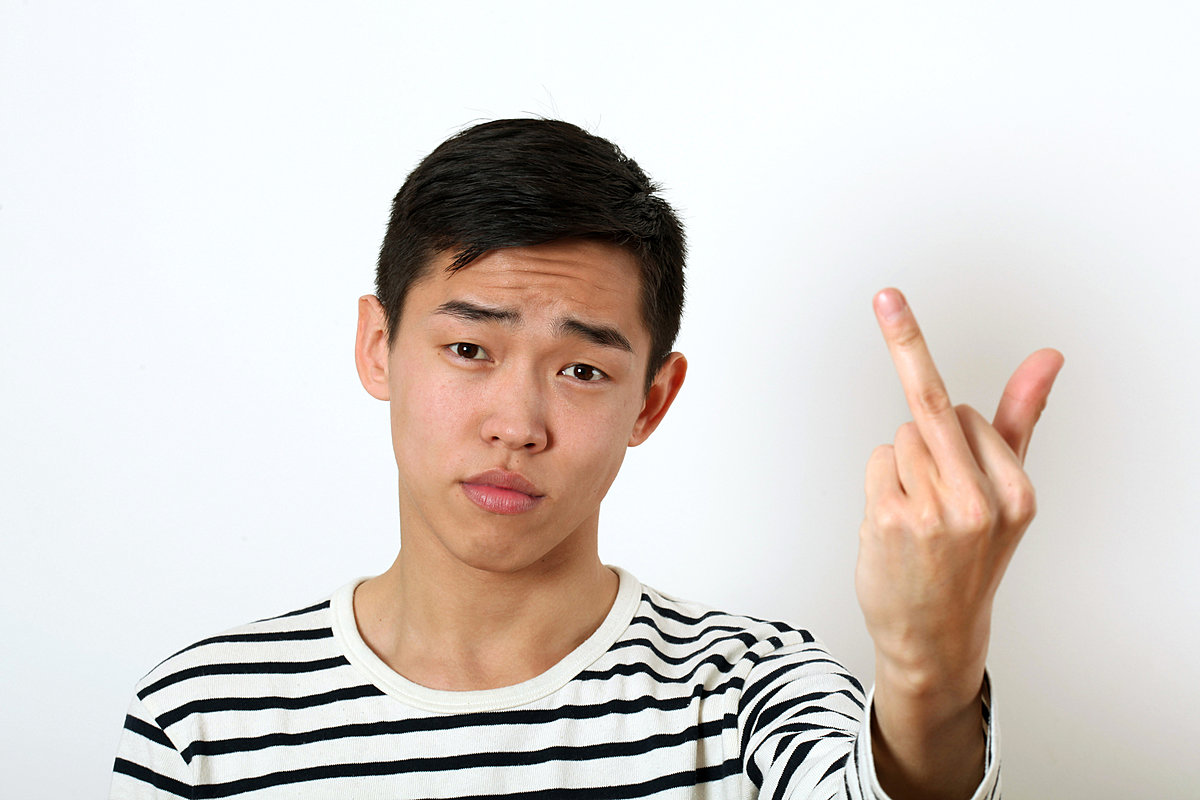 Takeaways from Rule 1: Don’t Commit to a Girl Who is Not Your Girlfriend

If you enjoyed what you've read and want to read the other nine ways to attract women, purchase How to Attract Women If You're Not That Attractive on Amazon today.

If the advice in my book is not life-changing, email your receipt and a brief explanation as to why my advice sucks to Enrique@EnriqueVoltaire.com and I will personally send you a full refund.

Good luck in life and love.